The European Court of Human Rights recently published statistics for 2014, specifying a number of violations by Article and State. The Russian Federation, Turkey and Romania top the statistics for number of the Court’s judgements, followed by Greece, Hungary, Italy, Ukraine and more and less surprisingly also Slovenia. The ranking is similar when examining only judgements where the Court found at least one violation of the European Convention. It is not necessary to emphasise that Slovenia is by far the smallest country among the above and therefore carries the title of “champion” of the number of ECtHR judgements per inhabitant. For example, with a population that is 23 times bigger Spain has only received 6 judgements, 4 of which found violations.

The annual report for 2013 shows that by the end of that year the European Court had found a violation of at least one Article of the European Convention on the Protection of Human Rights and Fundamental Freedoms in 275 cases against Slovenia. If we add the figures from 2014 to this, when the ECtHR found violations in 29 cases, the ECtHR has thus far found that since 1994 Slovenia has violated the European Convention in 304 cases. Again, this puts the country on top of the list of judgements finding violations by the number of inhabitants. Most judgements relate to violations of the prohibition on inhumane and degrading treatment, the right to a fair trial within a reasonable period of time, and the right to an effective remedy. It therefore seems that the situation regarding the protection and realisation of human rights in Slovenia is not improving but, on the contrary, generally becoming worse. It seems that in the past year its position has further cemented. These statistics are more than alarming and call for careful and serious consideration. They have reached the level of seriousness that state institutions in Slovenia can no longer just sweep them under the rug if they wish to be seen as caring about improving the human rights situation in the country.

Why is the number of European Court judgements finding such violations so high in Slovenia in particular, why has the protection of human rights there not improved, and why has it even deteriorated over the past year? Problems cannot be solely ascribed to a lack of knowledge of the European Convention and the case law of the European Court of Human Rights, but are most likely also due to a lack of awareness about the seriousness of the problem. This absence of serious treatment of such systematic and global problems arises from all branches of power in Slovenia, especially the judiciary, as well as from the authorities, which should work for the better protection of human rights in Slovenia.

Ignorance, indifference, unequal treatment and hypocrisy are often difficulties frustrating the effective protection of human rights in Slovenia. These problems are certainly not insurmountable. The holders of judicial office should be properly educated in order to gain insights into the jurisprudence of the European Court of Human Rights. Of course, problems may arise if individuals are reluctant to learn about the European court’s case law and apply it in their subsequent work or they receive signals from their superiors that such a reference is undesirable. The administrative part of the executive branch of government could have done more to disseminate the Convention and the other documents in the field of human rights protection.

What is more, the Slovenian legal order faces massive problems in the execution of judgements of the European Court of Human Rights. Unfortunately, no institution effectively coordinates (with the exception of payment of just satisfaction) the execution of judgements so that the majority, apart from some of that court’s most notorious judgements, remain unexecuted. General and individual measures have not been taken and put in force in the majority of cases. Moreover, among both the lay and professional public, an erroneous view has emerged that that a judgement of the European Court only generates international legal obligations and that the Slovenian legal system does not need to comply with them.

The more than 300 judgements since the beginning of Slovenia’s ratification of the European Convention clearly show that the Slovenian legal system and Slovenian society in general have failed to carry out systematic and all general and individual measures to ensure the effective protection of human rights. Tip-toeing away from these problems is no longer possible since that only leads to maintenance of the catastrophic status quo, creates new problems and exacerbates the already poor record of human rights protection. The 1,700 complaints before the European Court still pending against Slovenia illustrate the latter. Slovenia has already paid several million euros in compensation to complainants who have succeeded before the European Court. State institutions in Slovenia need to start with real work in order to eliminate violations and reduce the number of complaints and judgements to finally achieve the effective protection of human rights.

A short note on most recent decision of Oberlandesgericht in Munich in the case submitted by Claudia Pechstein can be read here. Her complaint in the same matter against Switzerland is still pending at the European Court of Human Rights.

Jeff Maysh, The code: A Declassified and Unbelievable Hostage Rescue Story.  How the Colombian army sent a hidden message to hostages… using a pop song. The Verge, 7 January 2015.

The Europa-Universität Viadrina Frankfurt (Oder), Germany, has since 1990 organized a summer course on “The European System of Human Rights Protection”. The next edition will take place from 6 to 19 September 2015.  This is the oldest and one of the most prestigious annual summer courses on ECHR in Europe. Some scholarships are available. The deadline for applications for 2015 session is opened until 1 August 2015. 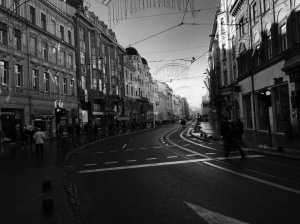 By the end of 2005 when the War Damage Act 2005 was introduced some 9,000 judgments became final (see paragraph 13 above). While a search for a fair balance between the demands of the general interest of the community and the requirements of the protection of the individual’s fundamental rights is inherent in the whole of the Convention, the consequence of the respondent State’s action in delaying for another 20 years the enforcement of these judgments is to impose an individual and excessive burden on the creditors concerned.

This judgment is first in the line of many to follow as apparently there are at moment more then 400 hundred similar cases pending before the Court. In short, there is no political consensus nor financial resources available in Republika Srpbska for execution of those final judgments. What is more, situation is not different at the federal level where the Law on the Rights of Victims of Torture and Civilian War Victims still has not been adopted. Bosnia and Herzegovina has been for many years located in an unenviable position. It is located somewhere on a rocky ledge between stability and slip into the abyss that could plunge her back into the past of systematic human rights violations, rising unemployment and poverty. A country that is divided into two federal parts is held together only by the international community, through the High Representative of the Organization for Security and Cooperation in Europe. It seems that way out of this seemingly hopeless situation is at first glance not on the horizon. The future of Bosnia and Herzegovina is therefore largely depended on her integration within European Union that would eventually erase boundaries between different ethnics groups. Equally important is to ensure the continued effective prosecution of the perpetrators of the most serious crimes and provide victims with adequate compensation. If such measures will not be implemented, the future will not be very bright.

John Micklethwait, The case for liberal optimism, The Economist, 31 January 2015.